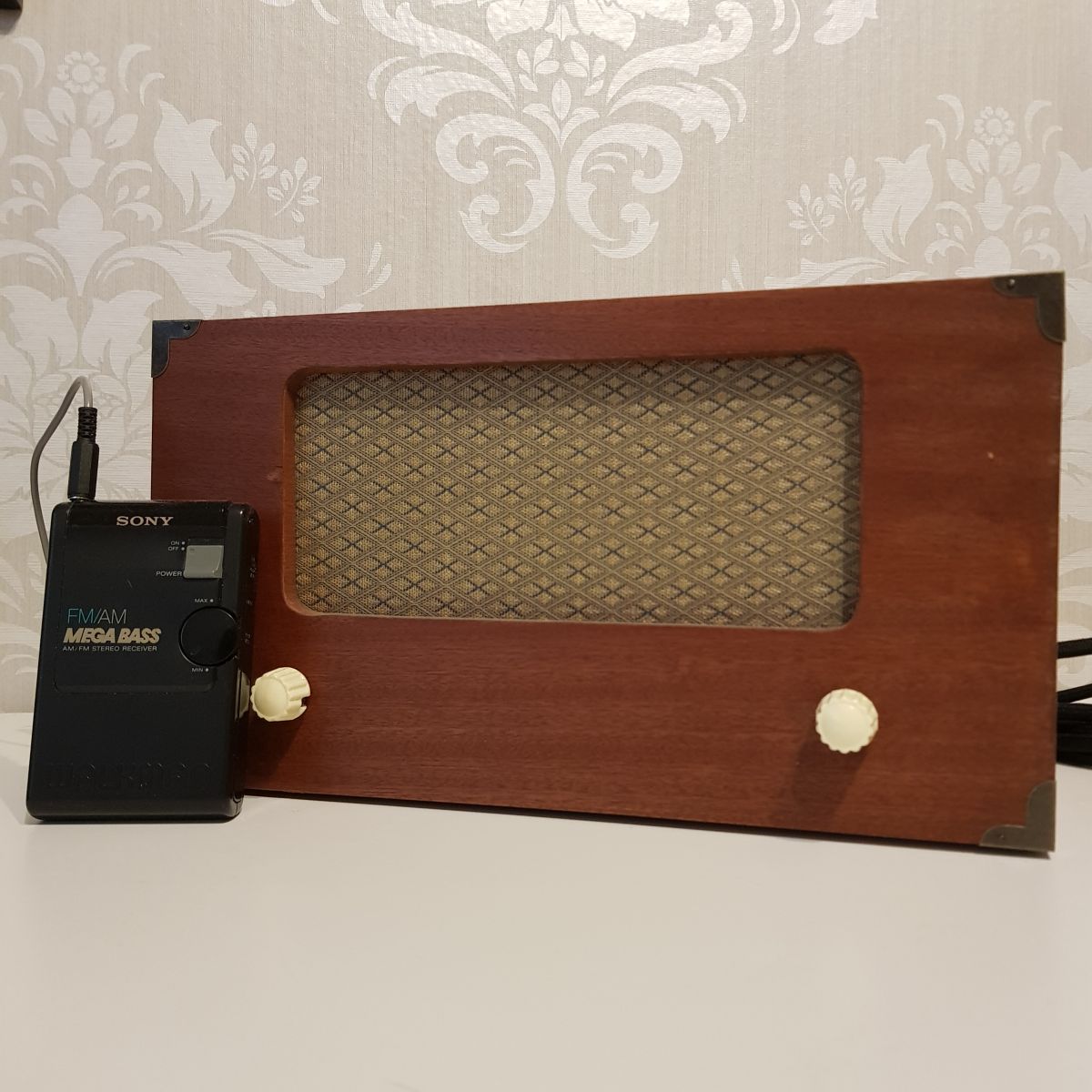 Audio amplifiers have always been a very popular do it yourself projects, and old magazines are full of them. Especially at the late 1960s when transistors were getting cheaper. But this time I decided to build a tube amplifier. I wanted a small (well, relatively small) amplifier for my portable radios and Beatamp from V. E. Holley fit the bill very well. I did some minor changes, but nothing too drastic.

One of my main motivations to build this amp was its unusual tubes. EF91 and EL91 aren't the most common tube types to use. So that was fun change from the boring ECC83 and EL84. And these are low power tubes too! I could use a very small Indel TSL15/001 power transformer. This amplifier would give about 1 watt output power. And that's plenty enough.

Main component of any amplifier is its speaker. Original article had 7"x4" oval speaker. I look around if I could find one close to that, but the best speaker I could find was a bit bigger... Maybe 8"x5". It's from some old German television (Siemens I think), and that turned out to be a good thing. Speaker is very low profile because the magnet is in front of the speaker. And it's not bad sounding speaker at all! However, it's very tight fit.

Biggest change I made was on power supply. I didn't want to use tube rectifier. Too much heat, takes too much power (heaters), is expensive, requires center tapped power transformer (also expensive) and offers no benefits at all. Also, I could use bigger filter capacitors with solid state rectifier. This is important on single ended amps because there is no noise cancelling like in push/pull amps. I also used choke because I had one small sized on hand. It's not needed, but now I have a super solid and clean power supply. 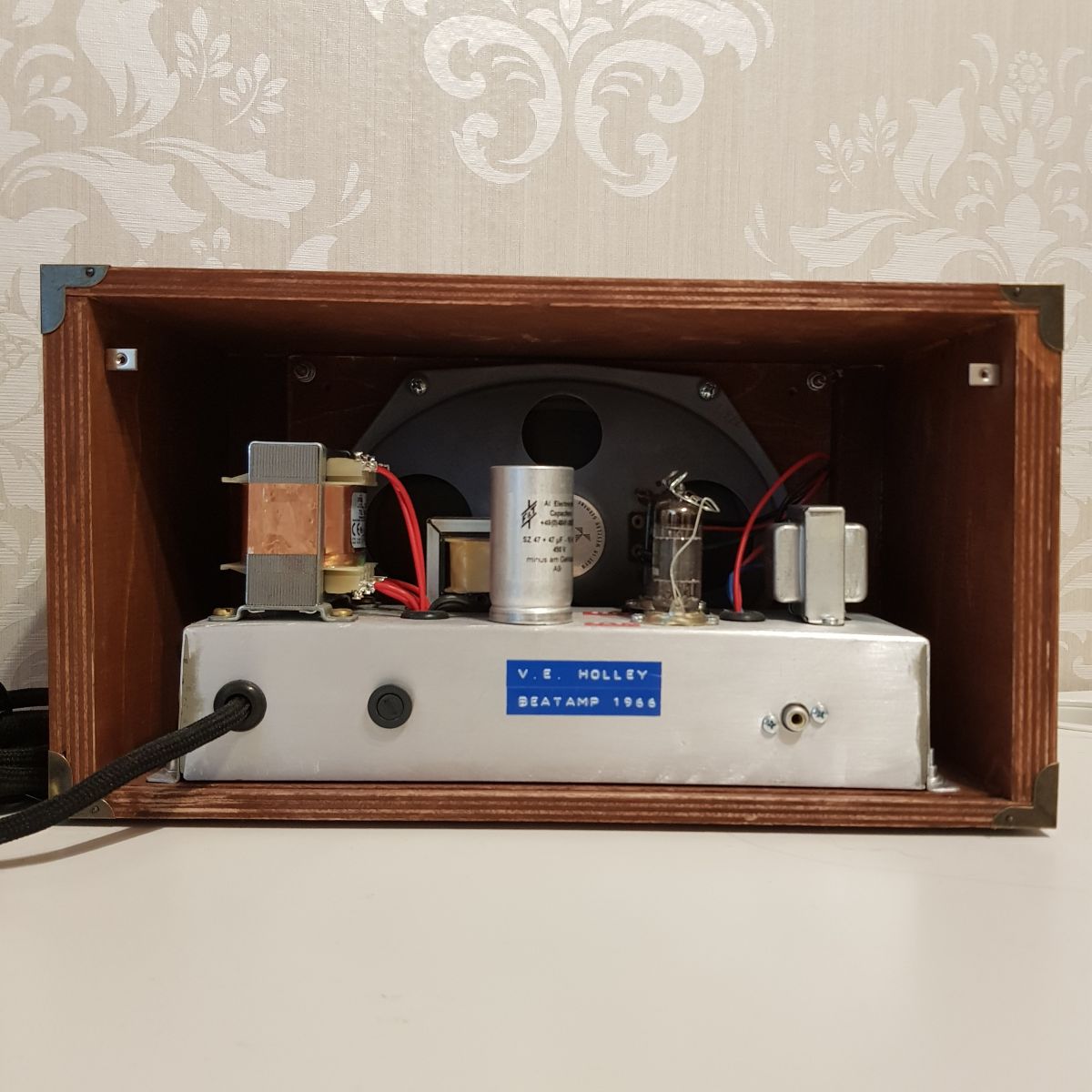 I build (bend) the metal chassis from 1mm aluminum to the original dimensions. First time I did that, and I'm happy I did. Common Hammond chassis style is handy but also a bit boring. Everyone uses those (me too). Wood box is built to the original dimensions with 12mm and 15mm plywood. I used mahogany veneer and walnut stain to make it look nice. And I have to say it indeed looks nice. Almost everything in this amplifier is recycled or just some left over from other projects. This includes all the aluminum and wood too. And those white knobs are from an old hospital tannoy.

This is not a Hi-Fi amplifier, not at all. And it's not intended to be anything like that. Just like it says in the article: for standard workshop use to amplification of transistor radios. And both of these it does well. I like this amp, it looks good, it's not so common, it's not boring and like I said it does what it sets out to do. If you expect Hi-Fi amplifier you will be disappointed, if you want amplifier for your radio projects you will be happy.