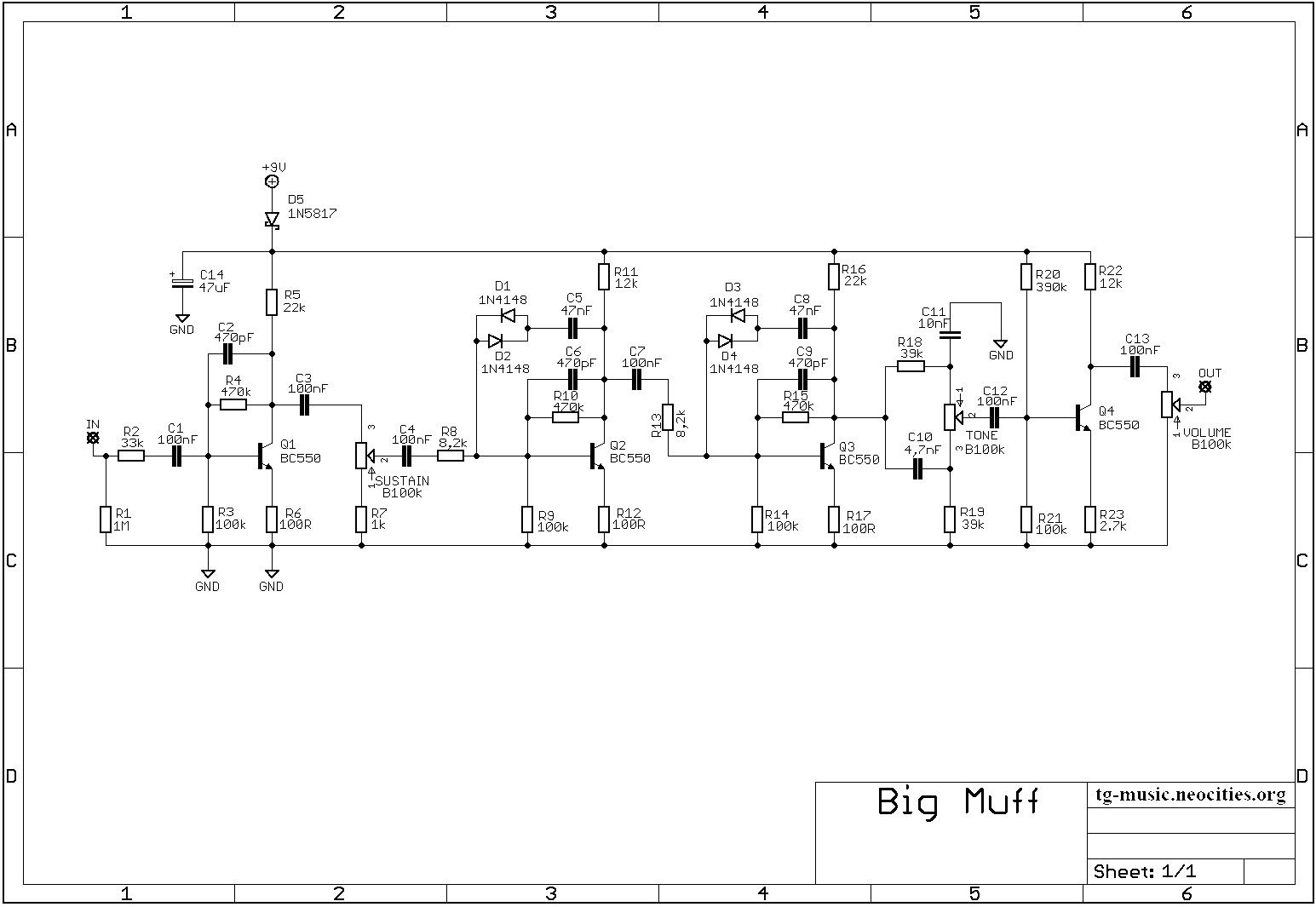 If Tube Screamer is the most cloned pedal in the world, big muff ain't far behind. Electro Hamonics alone has done about 40 different versions of this pedal.

And why not, if it keeps selling. Luckily, we have The Big Muff π Page, so I can cut some corners. I would not like to spend years researching just one pedal.

There's so many big muff clones and companies building it, I bet it's impossible to count all of them. It would also be quite useless. But I would still mention Pete Cornish. And me! And I haven't done a proper big muff before. I've had it on my breadboard every now and then, but... To be honest, I don't like big muffs. I understand why big muffs are so popular, I just don't have any use for it.

I can't tell you what version my version is. It's often the first question: ”is this rams head?”, and it's a bit weird question to begin with. There are several different rams heads. Electro Harmonix used a lot of surplus parts, and that alone makes some differences between pedals of the same era. This is quite normal practice for small companies. Yes, EHX is a small company, and it was even smaller in the 70s.

And talking about components...

Anyway, no one knows what transistors were used in originals. Those were surplus as well, and marked with non-standard method (FS36999). I would say use anything you have on hand. That's how they build the originals too. And in any case, sound wise there are much more important components, like feedback loop capacitors. 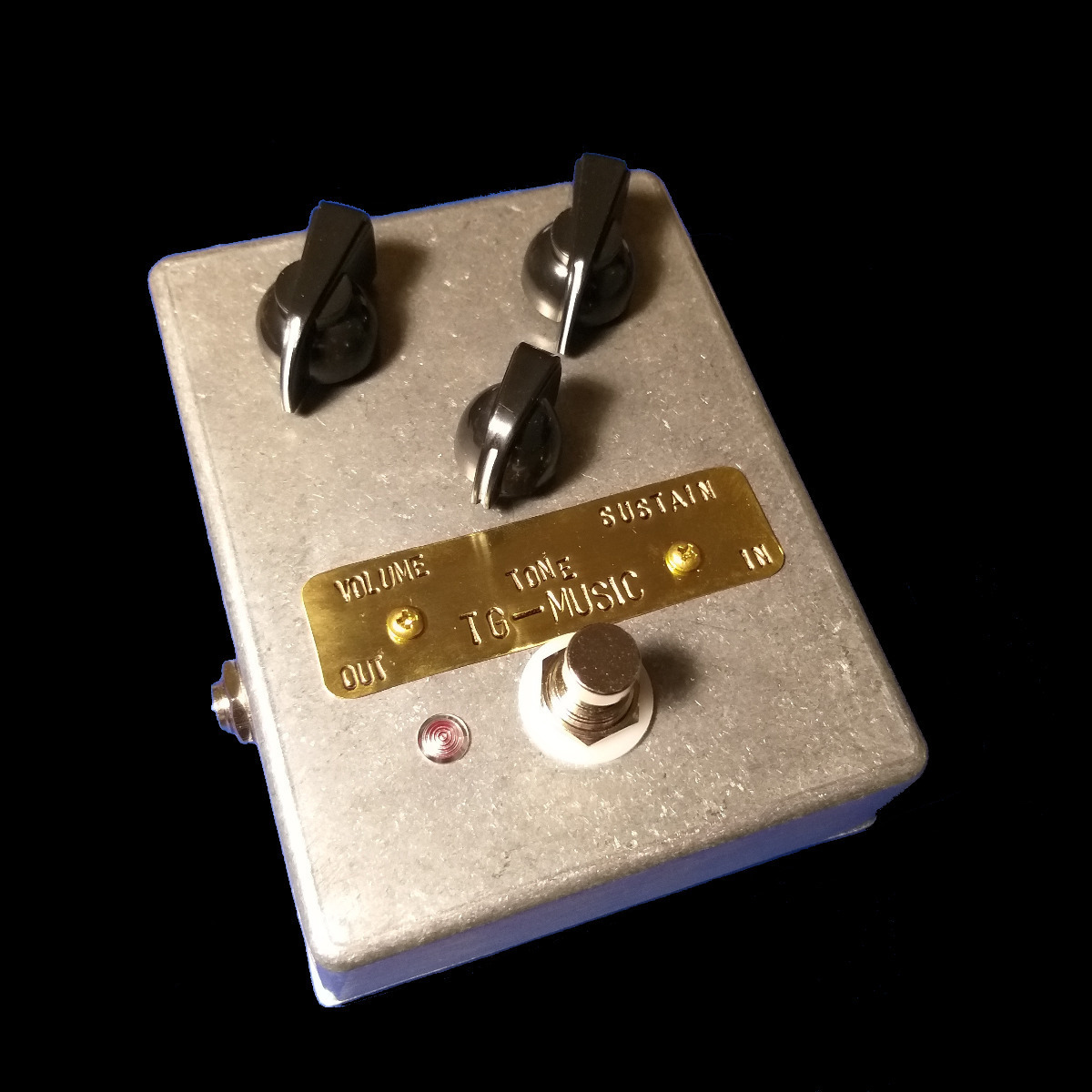 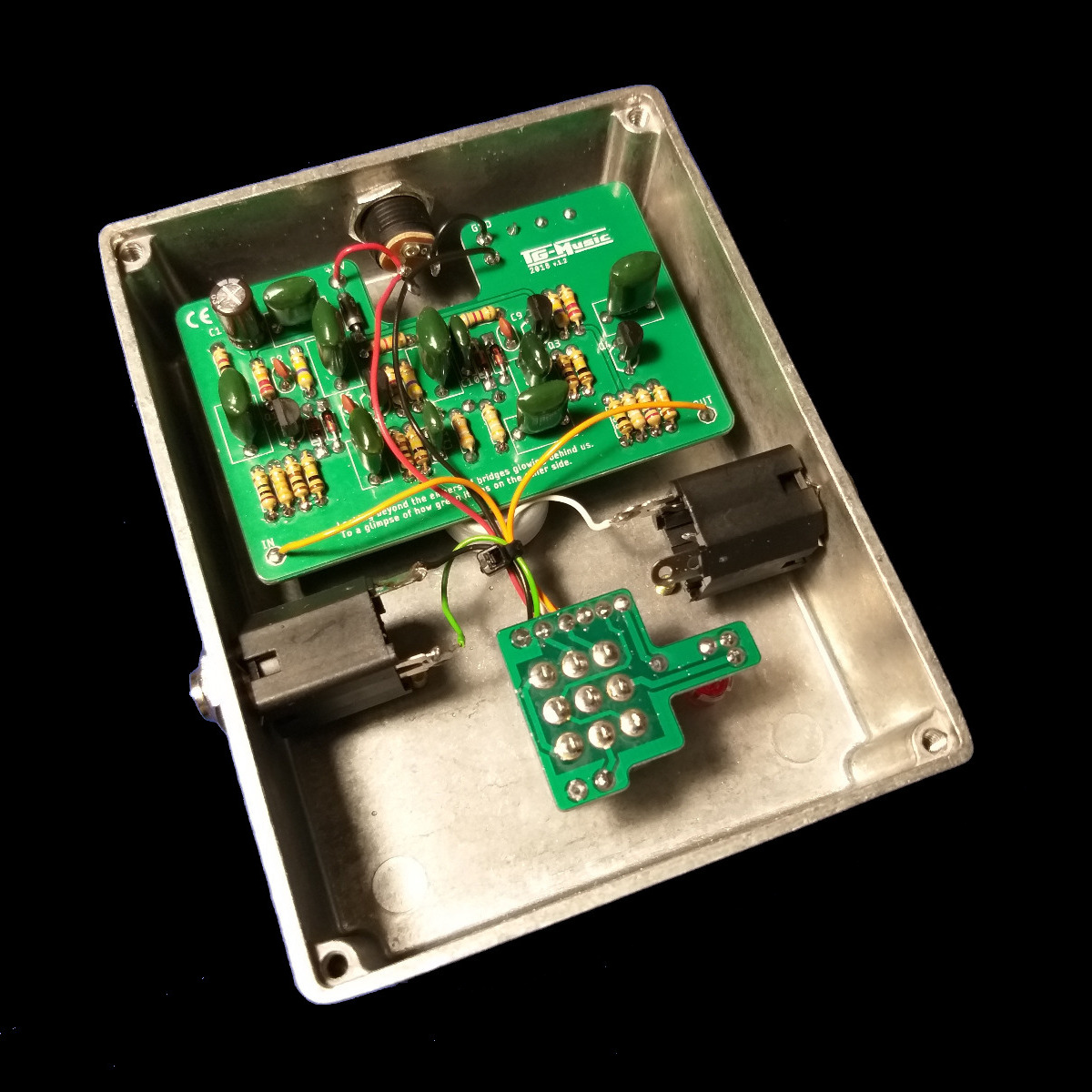