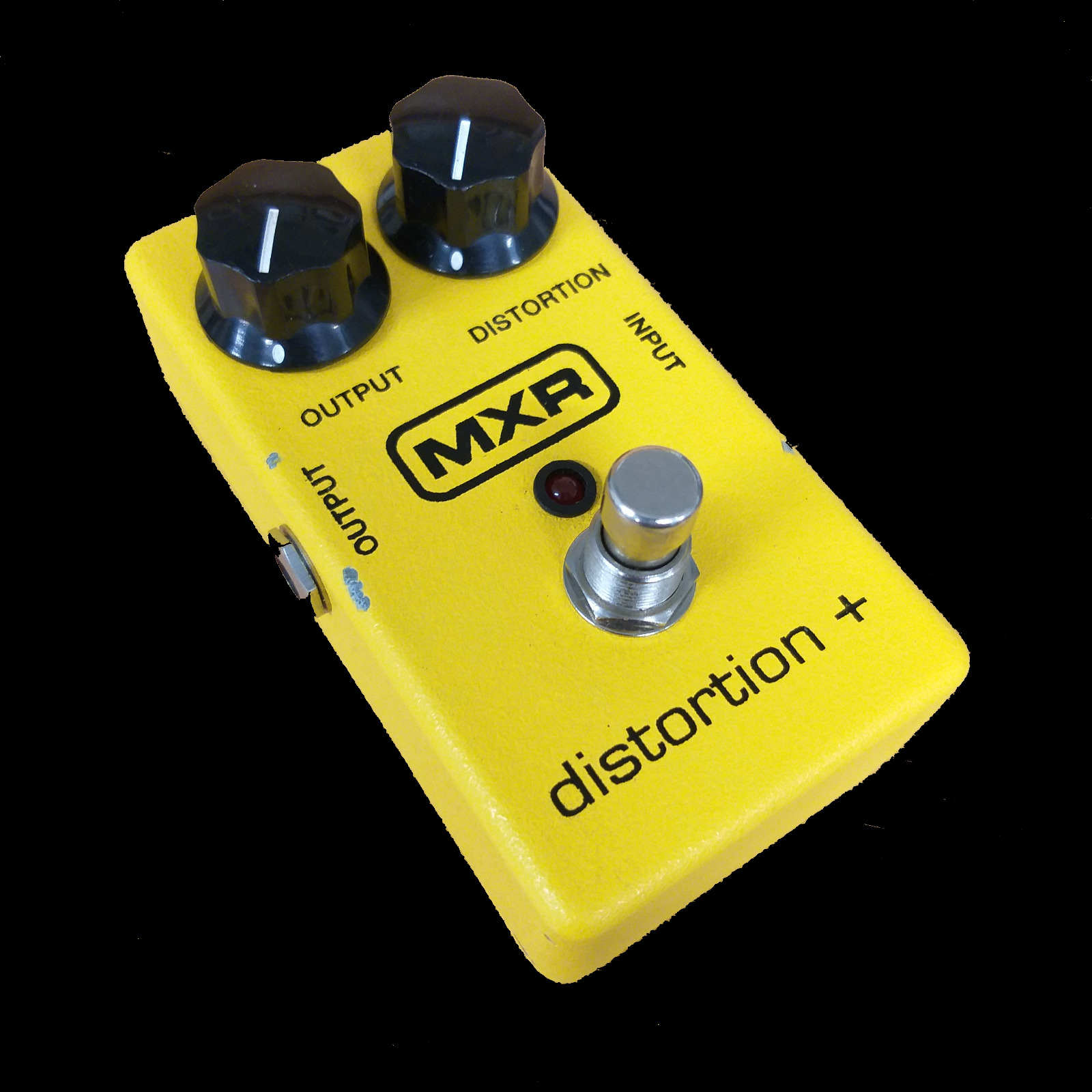 I got this pedal as a non-working unit as one of those “saved from rehearsal basement” pedals. It was also modded by a relatively well-known company (Alchemy-audio), relatively badly. I took the pedal apart, and cleaned it up. After that, it spend next year in my drawer while I was thinking what to do with it.

Suddenly it came to me: complete rebuild. As I do have the original 1978 transition-era distortion+, I don’t have very deep attachment to this unit or the crappy mods it had.

First, I removed all the shitty mods. Luckily, there is no new holes drilled to the enclosure, because that is a BAD practice. Don’t do irreversible mods! However, both of the original pots were gone, and I don’t have CTS replacements. I had to use smaller Alpha potentiometers and turn “custom” nylon spacers to make them fit snugly into the bigger holes. 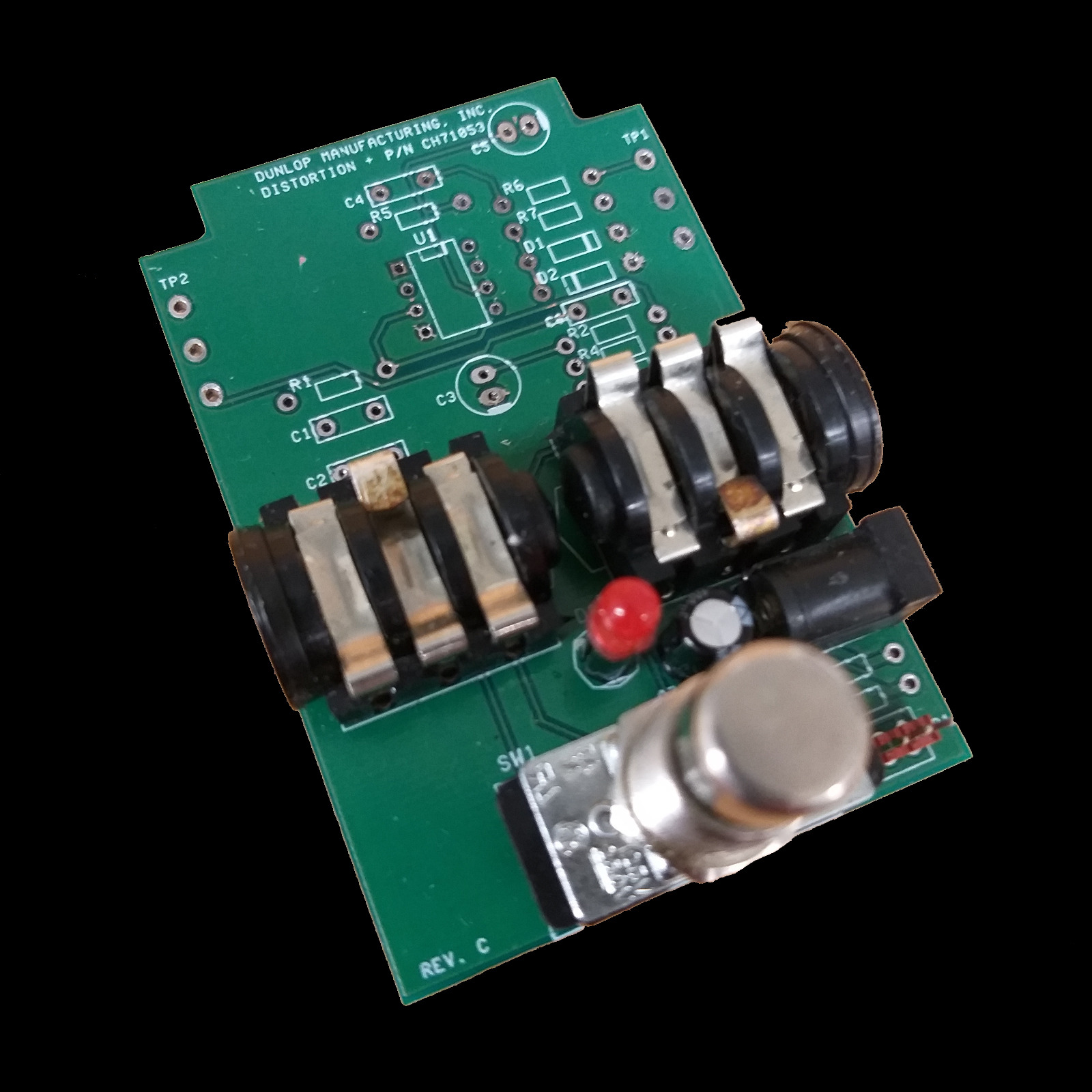 I think the old mods were an attempt to change this to DOD 250 overdrive. I ended up removing all the parts from the PCB. And that’s where the rebuild comes in. I did some research about these, and as you can see in the picture mine is rev. C with green board. This is the older one with proper Carling switch. PCB layout and component numbering is the same as rev. D with red board, so my schematic will fit the newer model as well.

This is the schematic I came up with. Component numbers match the rev. C and rev. D boards. I went through my component stock, and while I didn’t find anything very exciting, I did find MAA741 metal can (TO-99) op-amps. These are old 1980s Tesla manufactured units from Czechoslovakia. I knew I had some NOS 1983 manufactured 1N270 diodes still in bags. These will be the basis of this rebuild. Rest of the components are just standard modern stuff. Will these NOS components make a difference in sound? I don’t think so, but those do give a hint of specialty to it.

I also made some changes. R9 and C7 forms a power supply RC-filtering. Modern power supplies are good, and noise from PSU is not usually the biggest problem. And if it is, get a better psu! I replaced the R9 with 1N5817 diode. While this diode drops about 0.45V from the supply voltage, it also acts as a polarity protection for the pedal. While some may say this will affect the tone, it still is just within 5% tolerance, just as the resistors and capacitors are. In fact capacitors are often 10% tolerance. So, it's not a worry in a real world. I have added this to all of my pedals, and so far there hasn’t been any problems. Surprise. 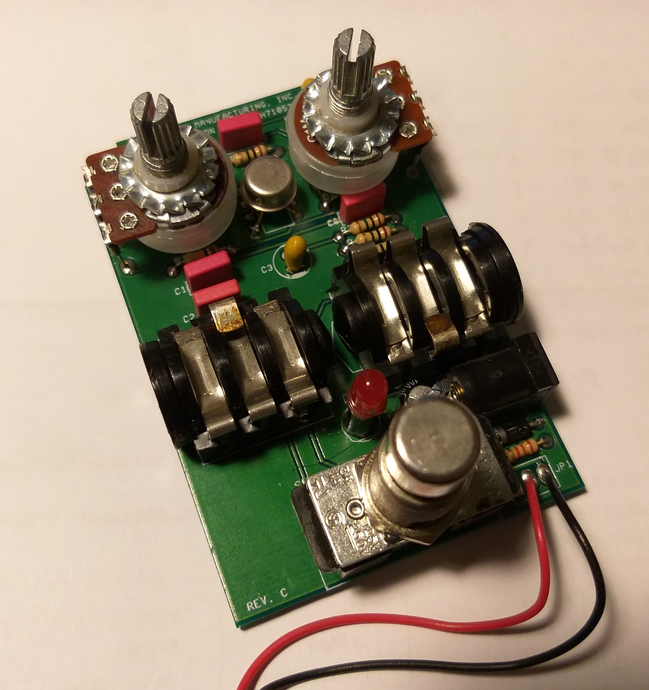 There is no changes on the outside of the pedal. And that's how I like it. As I said before, drilling holes and making irreversible mods is bad practice. It's not about the resale value or anything like that. All those holes will ruin the pedal. No one will use those switches anyway. And if you have a vintage pedal and you drill to it (for any reason) you are a philistine. I could rant about this forever, but I will not.

This rebuild was a success. I'm very pleased how it turned out, and it was fun to make. Now I can probably find some use to it, or give it to someone.