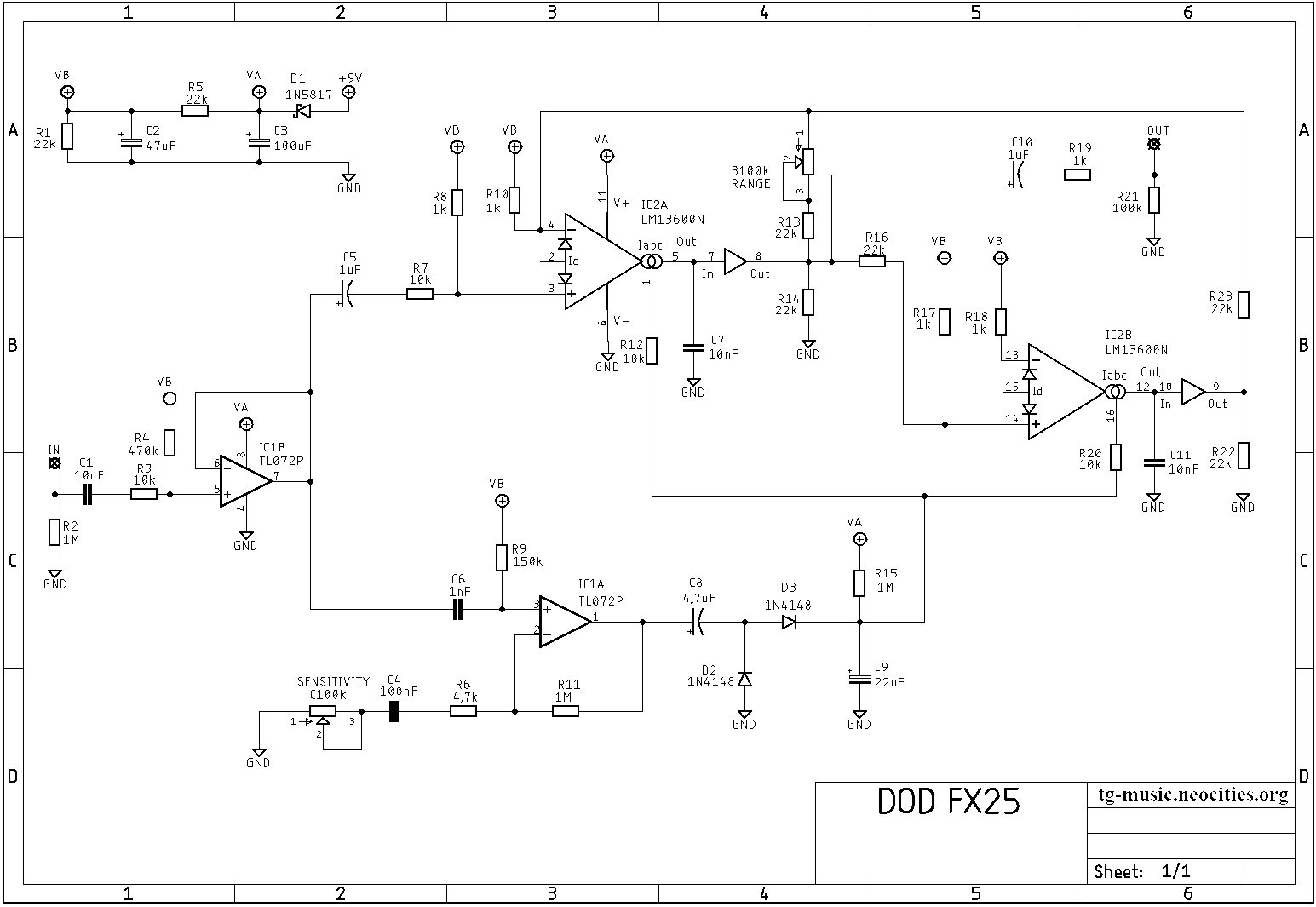 DOD FX25 is envelope filter from the early 80s, and a successor to very popular 440-model. FX25 hit the streets in 1982, remained for sale until 1998. That's a long time for effect pedal or any other electronic product!

My version is from the late 80s, because I use LM13600 OTA (Operational Transconductance Amplifier) and MC1458 dual op-amp. Later is in fact two LM741 op-amps in one box. Inexpensive and humble opamp, but it should not be overlooked. These old op-amps are very popular in effect pedals, because apparently, they have a very good sound. Apparently. If you want less (unwanted) distortion you can change this to almost any dual opamp. NE5532 would be good, or just simple TL072 is an improvement.

DOD FX25 isn't a bad ”autowah”, but I think it's not very special. Most demos in youtube are played with bass, so maybe a bad guitar player (me) can't make justice to this pedal. For me, the humble Electro Harmonix Doctor Q is still the best simple envelope follower. I have the 1970s vintage one, so that's why.

Someday I'll build the legendary Mutron III. I have built the Mutron (micro) V:n and it's is "ok" as well. But number three is something very special, and I will make it special too! So at least one more to go... After that I can probably quit building envelope filters.

But what about this DOD then?

DOD FX25 envelope filter might be better with bass guitar. And one more thing. Change the MC1458 to some modern opamp if you are experiencing unwanted distortion. 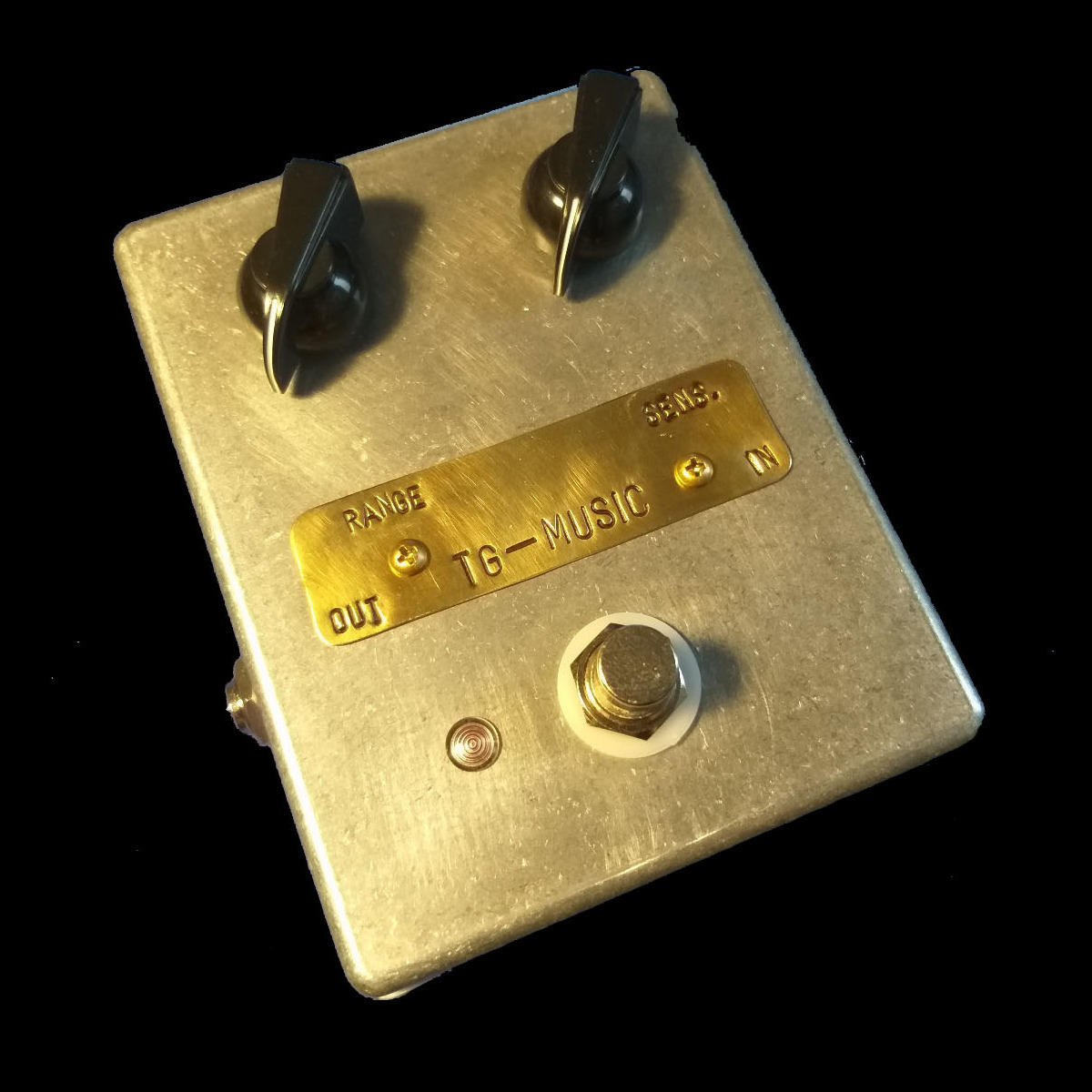 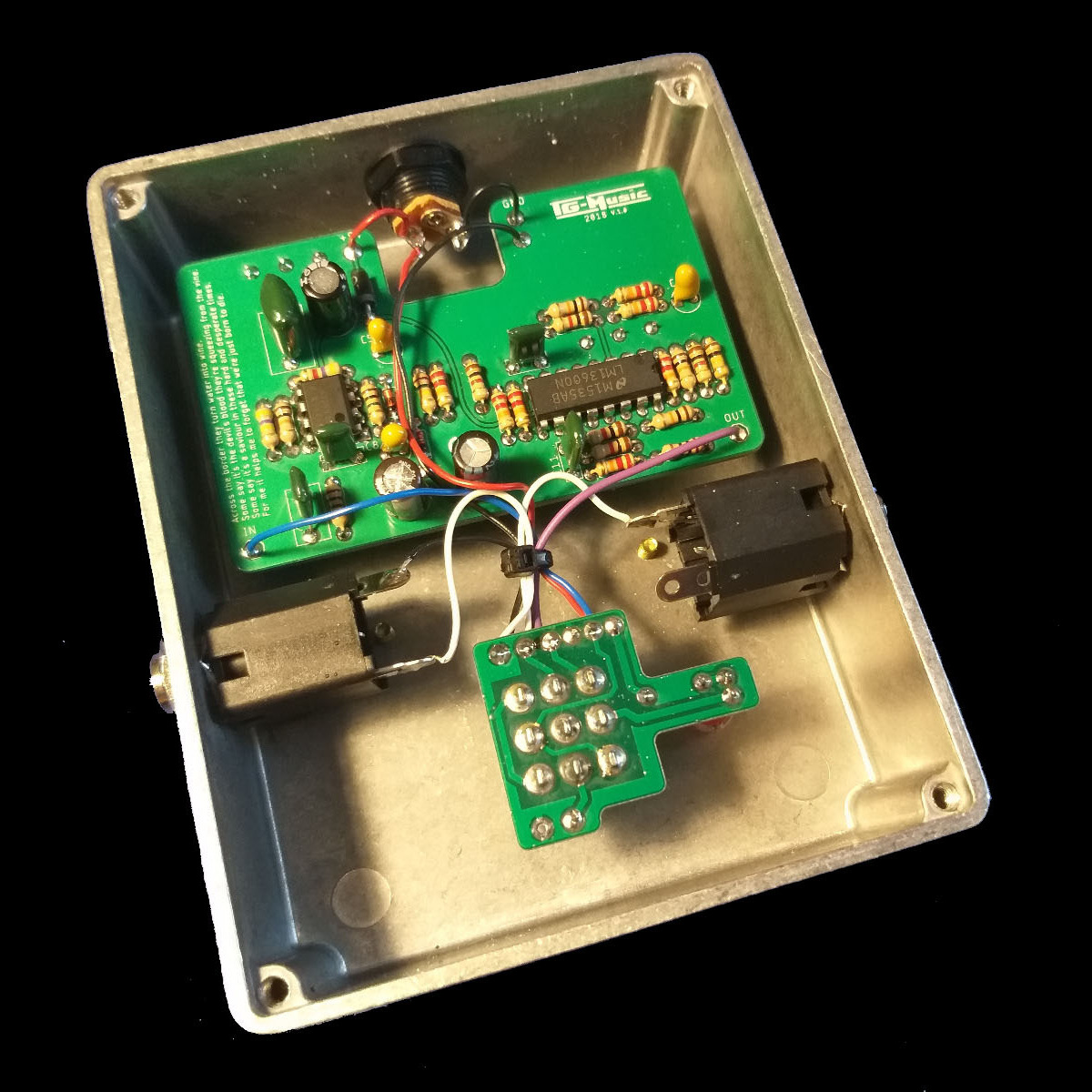