I like history, and this thing is historical. This is a D.C. pocket voltmeter from 1930s. I belive this style of meter was used as early as 1910s. These "fob watch style" meters were very popular at the time. These were used to measure battery voltage on early radio sets. This meter has two scales, for 0-120 volts and 0-12 volts. Scale has a red marker on 90 volts and 4,5 volts. These were common battery voltages of the era.

Only indication of manufacturer is "FOREIGN". This is very common and I think it was like OEM is today. From wikipedia: An original equipment manufacturer (OEM) is generally perceived as a company that produces non-aftermarket parts and equipment that may be marketed by another manufacturer. Something like that. You can still find these on ebay. Many look just like this, but might be branded differently. And like everything else these are getting a bit expensive.

These meters are very simple and not at all accurate. Meter it self is just a moving coil meter with two series resistors. Resistors are wound with resistance wire and are about 47Ω and 470Ω. I think high internal resistance of early batteries cause these meters to show too high readings when measuring modern batteries or power supplies. But in the 1930s these were still accurate enough. It was early days. 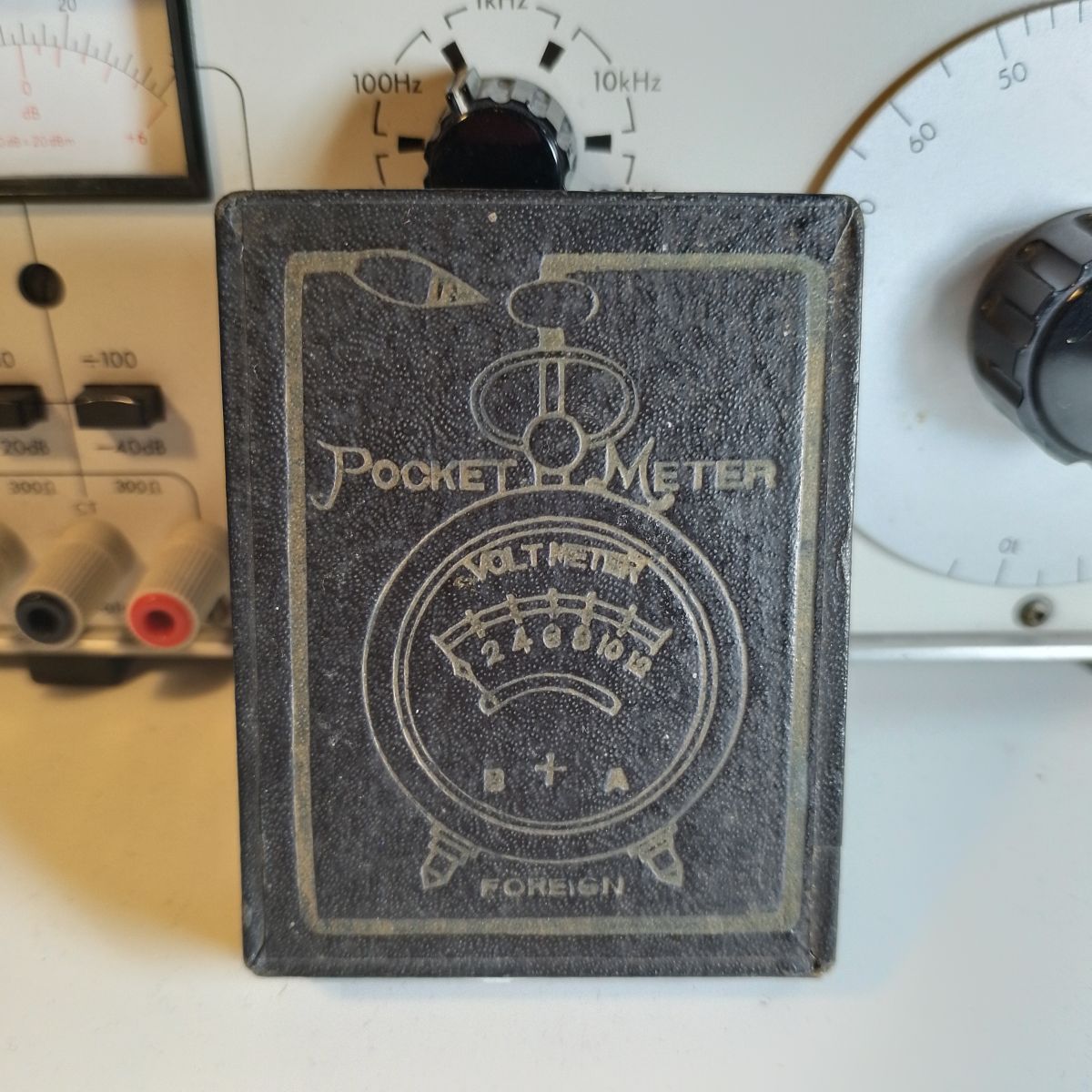 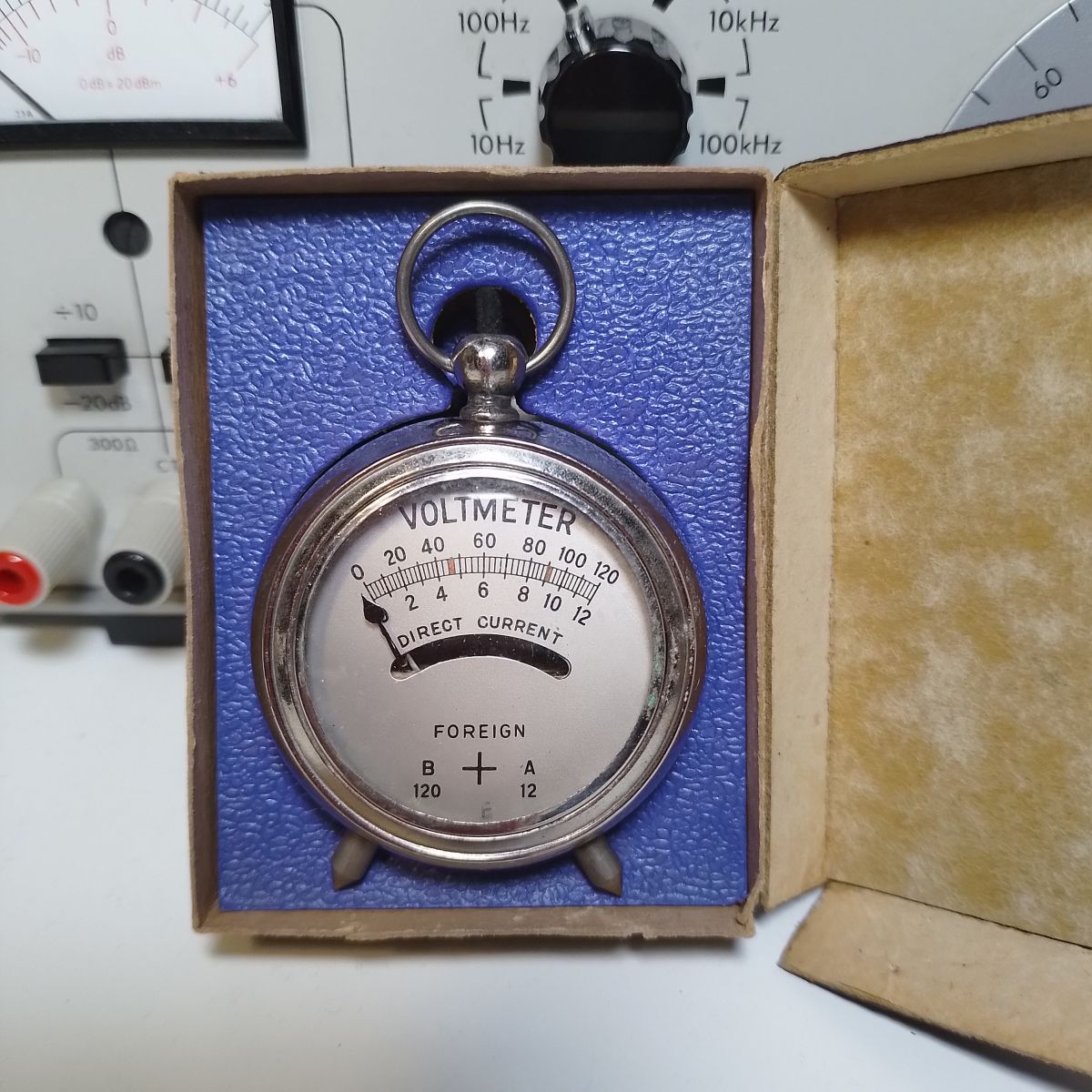 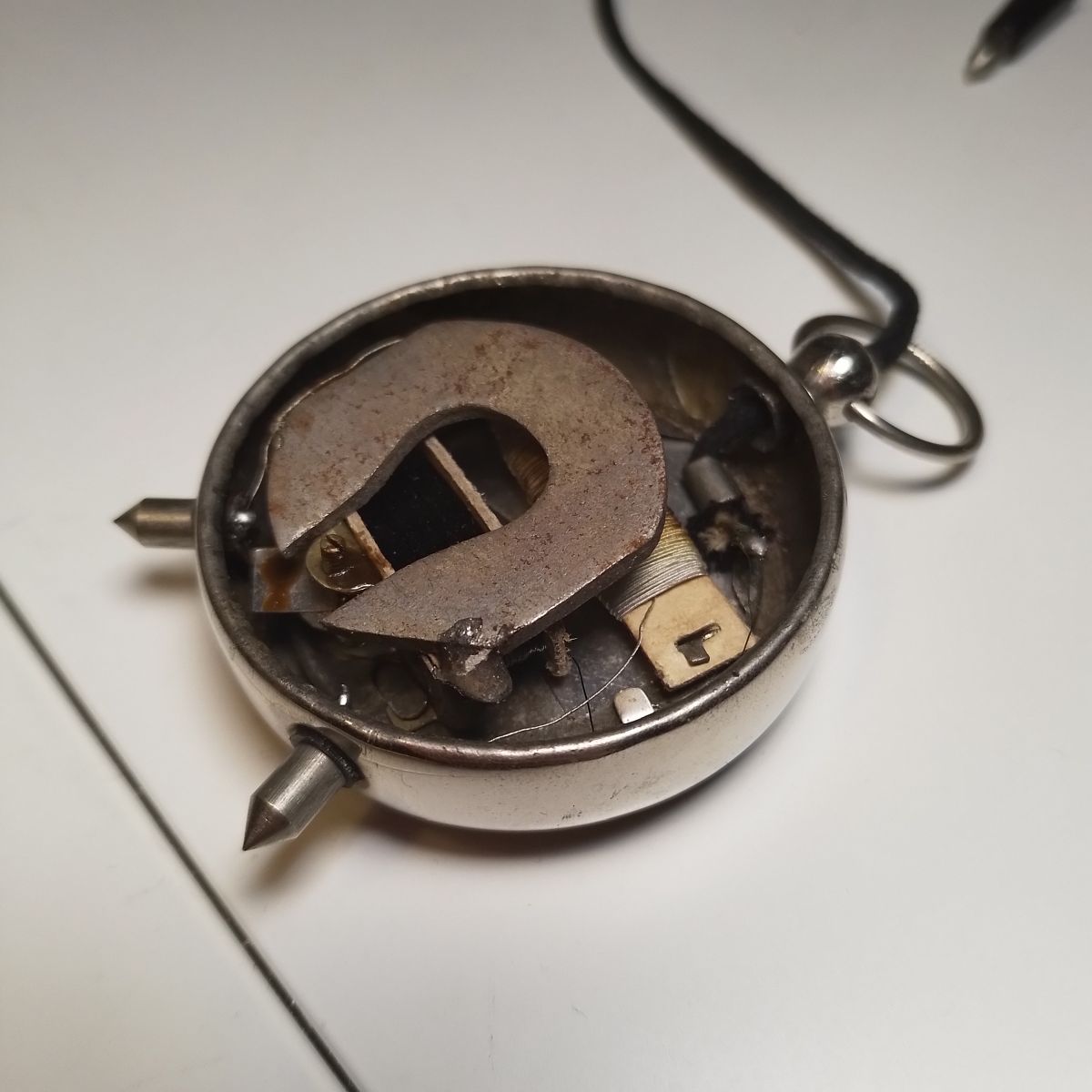