When I was young, maybe nine or ten years old my woodworking teacher in elementary school realized I was much more interested in electronics than woodworking. So, he started giving me small electronics kits to build. 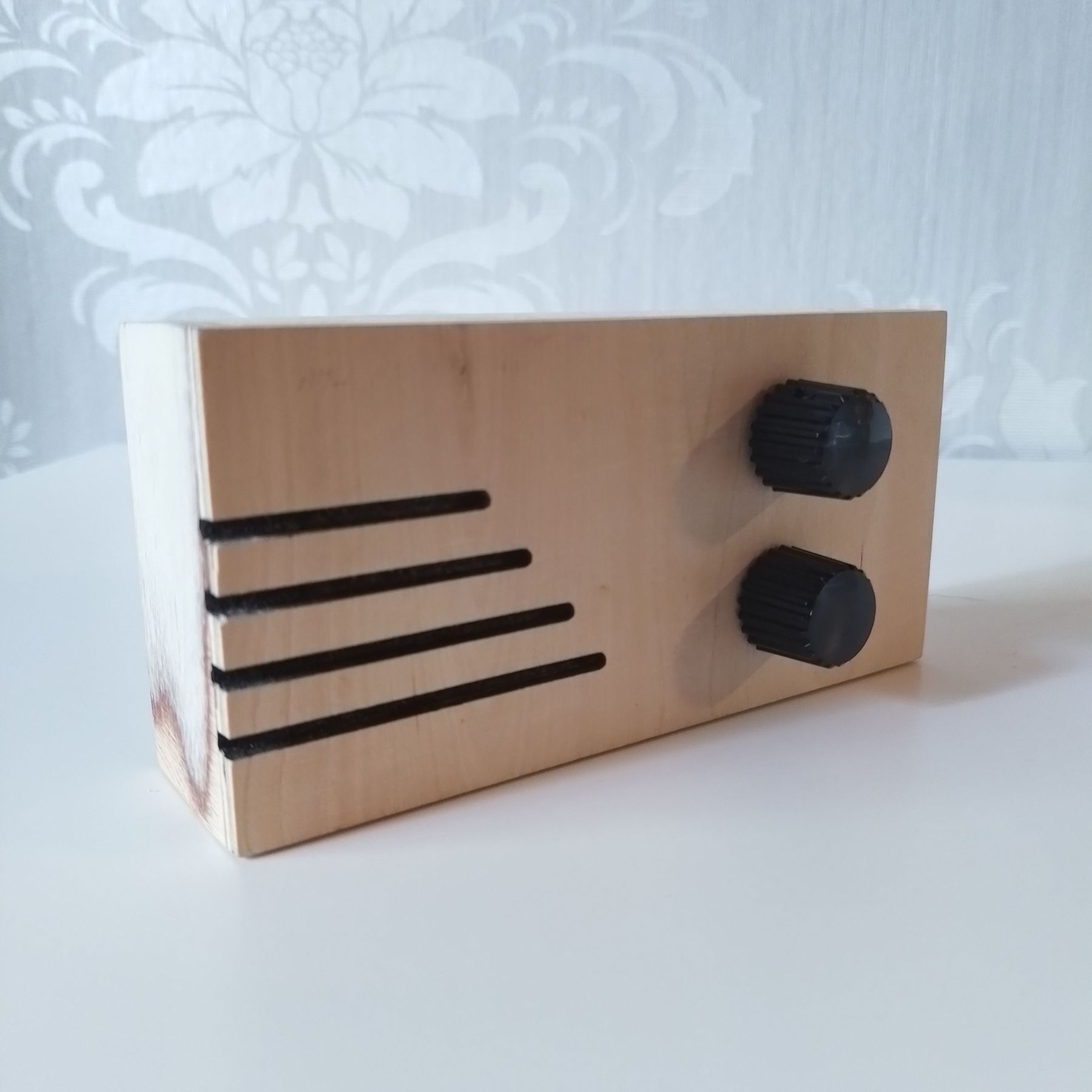 I think I was twelve years old when I got FM-radio kit. I got it working, and I think it changed my life. But like everything I build as a kid it was recycled for parts later on. So, few years ago I started to look if I could find the same kit. And I did! The kit was designed and sold by Finnish company called “Kouluelektroniikka” (school electronics). It was kit number 034 from 1989 and it was still being sold in 2000s! Unfortunately, it is now discontinued, but I got mine just in time.

The kit itself is very basic TDA7000 radio with TBA820 audio amplifier. What makes this kit better than most is the use of variable-capacitance diode or “varicap diode”. Some Kemo-kits used same method of tuning, and it’s much easier to use than normal plastic variable capacitor. Especially now when FM-band is so full of stations.

Radio itself is basic TDA7000 radio. Not the most sensitive or high-quality thing ever build, but let's not forget the context: For a twelve-year-old boy it was amazing. I could use my Walkman headphones to listen Radio Mafia in secret at night and I could also take the radio with me outside. This with Casio digital watch was a pinnacle of early 1990s technology to me.

For the box I took inspiration from Finnish magazine “Tekniikan Maailma” (world of technology) 8/1957 issue. ”Modern enclosure for pocket radios”. It's just a simple box made with plywood offcuts, but it's a nice template for many similar boxes. Useful stuff. And woodworking! That's where all this began.

This radio still gives me an immense amount of joy. I'll scan the original instructions here for future reference, and if someone likes to build it. It has PCB-layout and everything. But it's all in Finnish (obviously), and I'm not going to translate it. 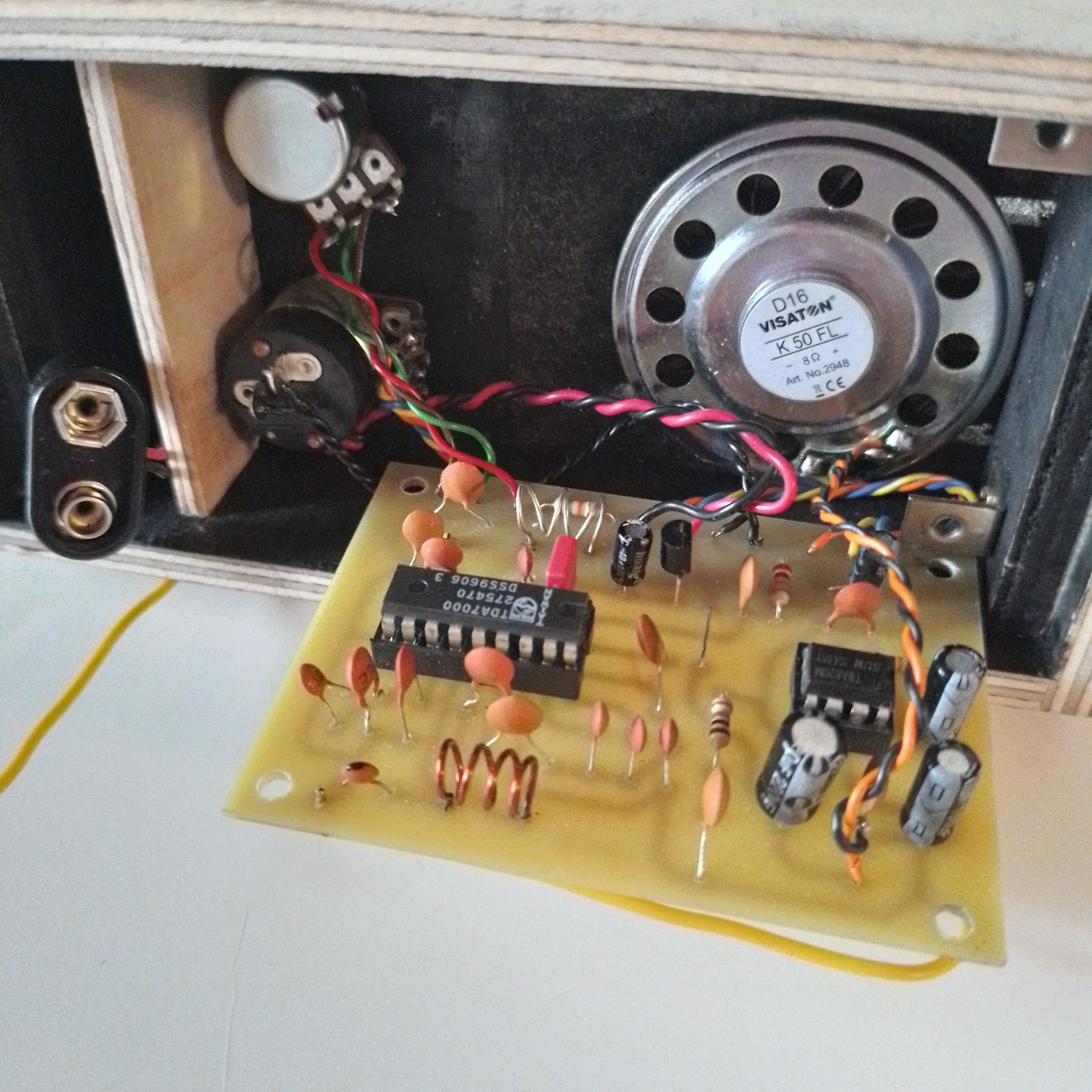 This is the original Finnish instruction booklet for this radio kit.