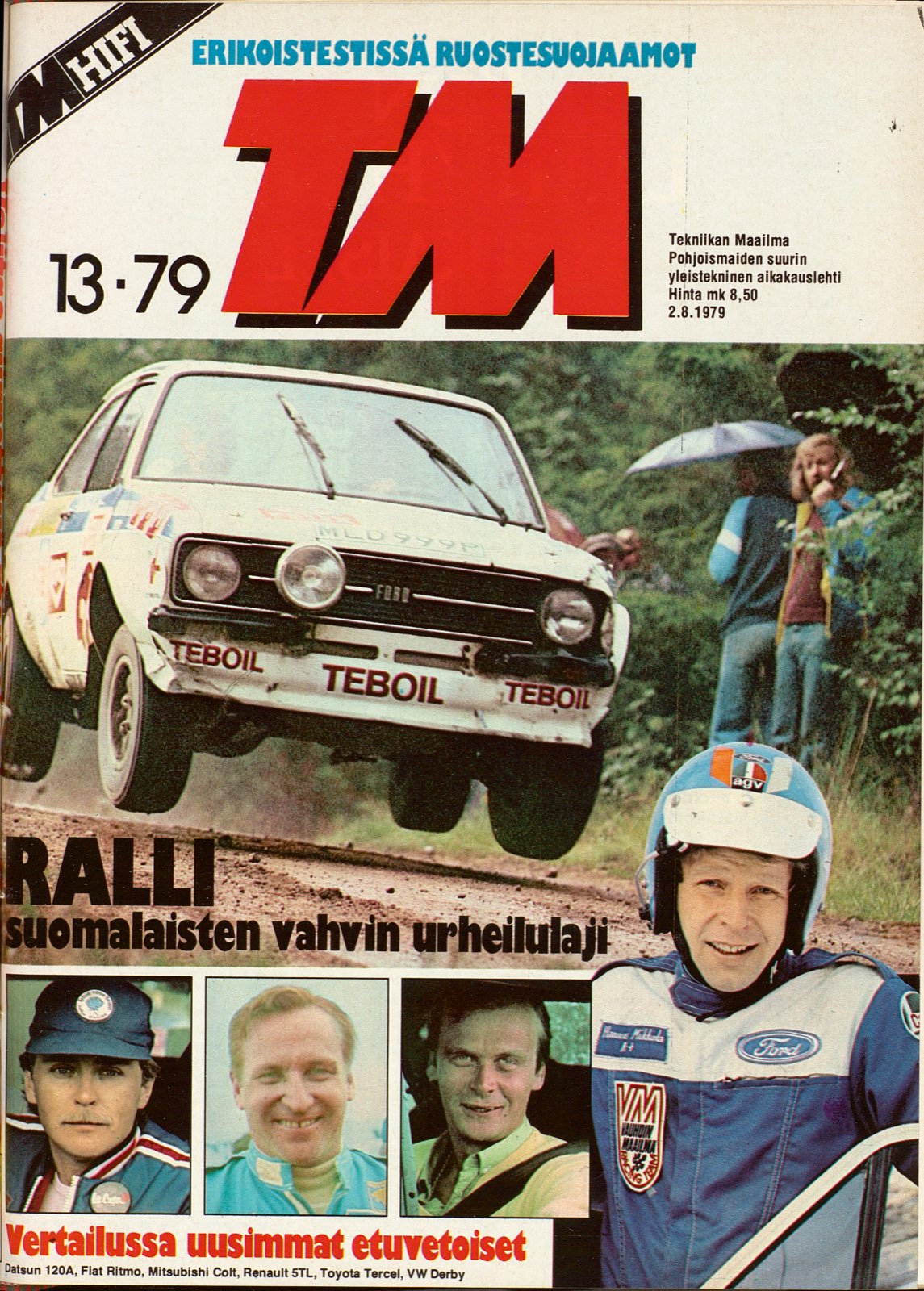 This story begins at my local flea market. As soon as I saw two panel meters, I knew I needed this thing in my life. Turns out "this thing" was a home made power supply. Not something to sell at flea market. If someone gets electrocuted... That's a bad thing. Anyway, this was relatively well made. Kudos to you Mr. "VM 80". That was the only marking on the unit.

When I opened this up, I knew immediately where this was from. Finnish magazine called "Tekniikan Maailma" (world of technology). All I had to do was find the right issue. It turned out there was two power supply projects with LM304 regulator. Weird, since I couldn't find any from the usual English magazines. Just a bunch of adds for the component. First Finnish project was published in issue 19/1972 by Alpo Lähetkangas and a refined version in 13/1979 issue by Eero Fallström. This power supply is the latter one.

First I thought I could get away with just re-soldering some bad/poor solder joints and do some basic service work, but after more critical view I decided to rebuild the whole thing. Enclosure is very good and power supply seem to work, so I was off to a good start. Sorry Mr. "VM 80", your soldering in 1980 was not up to my standard. But I have to give credit for the enclosure. Clearly home made, but very nice aluminium do it yourself box. I made new front plate to it because I couldn't find a similar size power switch. I also made new mounting plate for circuit board and capacitor.

The schematic is almost directly from LM304 data sheet. Nothing wrong with that, just an observation. Very basic stuff with 2N3055 power transistor. Clever part is floating the power supply. When regulator output is not grounded to enclosure it doesn't matter if the regulator is negative type. Safety ground is mandatory, but you can always float the regulator output.

So, I rebuild the whole thing to perfboard. Original project used two 4700μF filter capacitors, and that's too much. One 4700μF is enough. And original had a 1kB current limiter potentiometer with some resistors in parallel to bring down the value. I used 500Ω pot. Power switch was one pole type and it should be two pole type (DPST), I changed that as well.

And lastly I must thank the original builder, who ever you are. Your project has a new life. 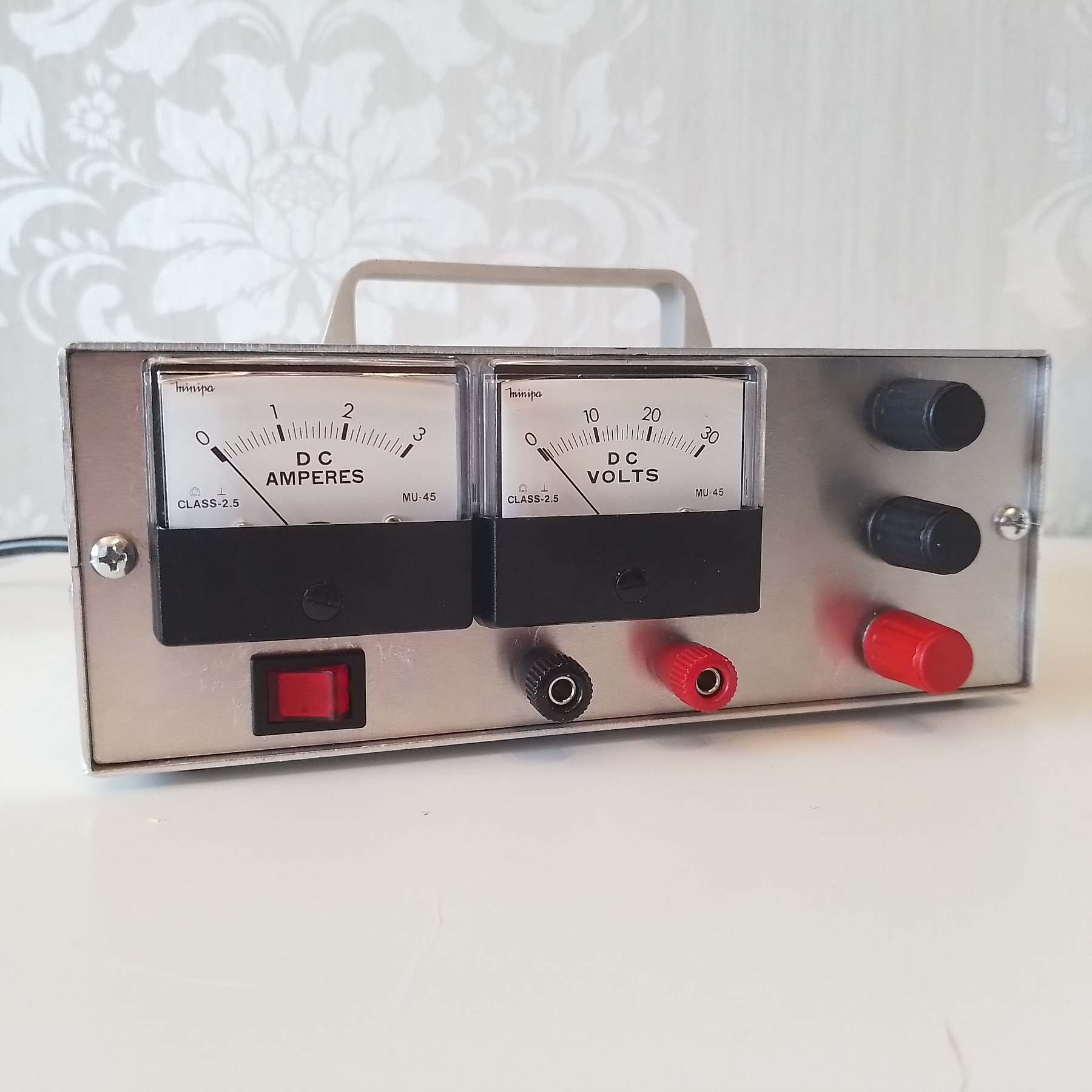 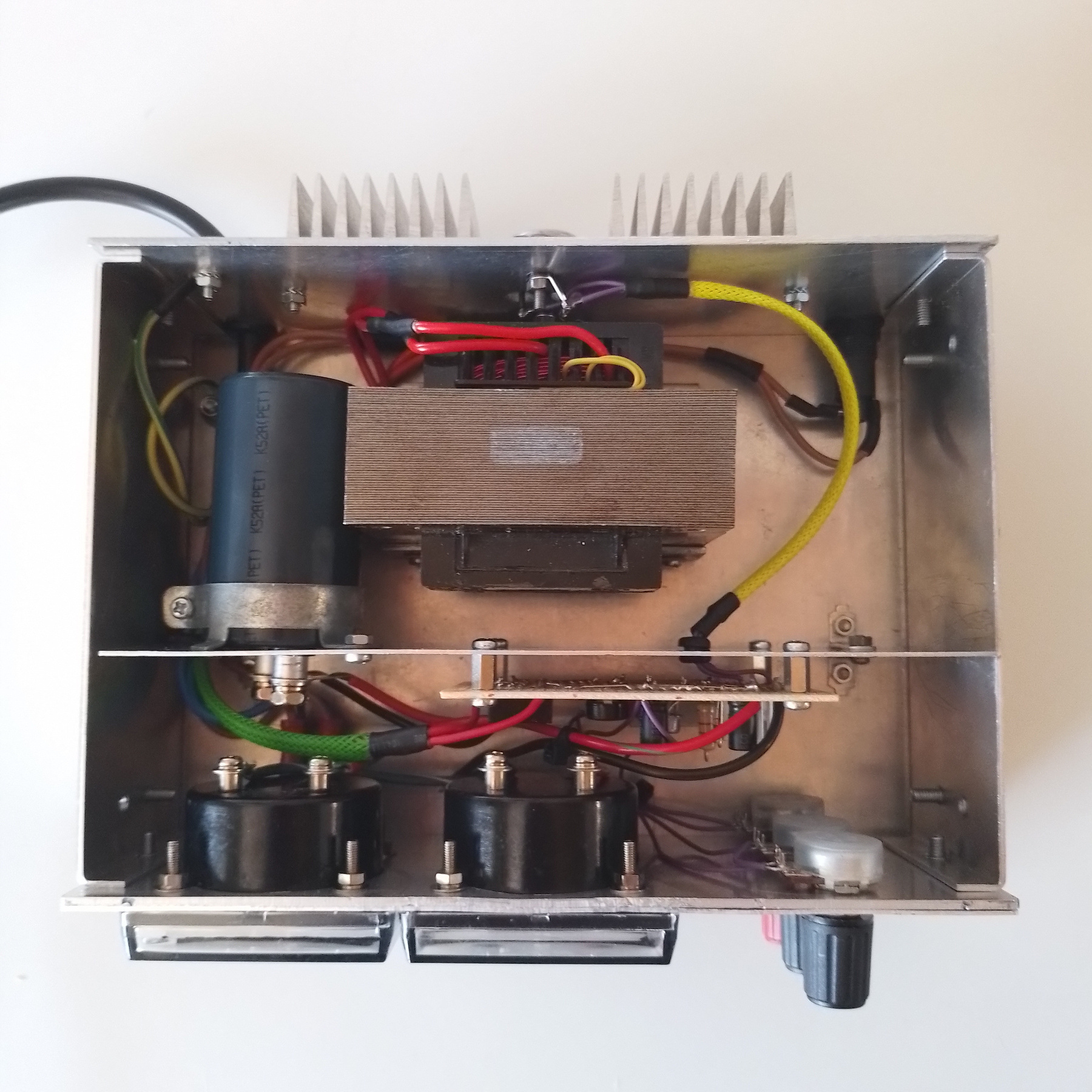